​"Circe's Diner are so very excited for this extra special gig in our wonderful bearded bassists' hometown of Bangor!

Circe’s Diner are a Bristol-grown acoustic four piece born in 2014. Dedicated to self-penned, honest, rootsy tunes the music from the Diner touches base with Country, Americana, Folk and Pop traditions yet the presentation and lyrical content comments on modern life through wondrous tales of love, loss and friendship.

Circe’s Diner’s tracks have been taken to live radio performances, airplay with BBC Introducing, live video sessions, film sync (High Tide. 2015) and the more than the expected share of performances in the Southwest (including performing to the Great British Bakeoff’s family in the final, 2015).

With their sound constantly developing while maintaining a humanity often lost in contemporary music, Circe’s Diner are pushing into 2016 with new material, a new EP and a thirst to share their music with the UK by inviting more and more people into the Diner through their very first UK tour in January 2016.

The seven track ‘October’ EP is entirely self-written and self-funded through the bands relentless gigging and innovative kick-starter campaign. Wearing their hearts on their sleeves for every second of ‘October’, Circe’s Diner prove they have a whole world of stories to tell and will continue doing so with their uniquely honest songwriting, infectious melodies and dreamy harmonies for a long time to come.

Their support act is Clare Louise Roberts from Llandudno, a folk-pop Ukulele and keyboard player, who also has a penchant for an honest lyric. Clare released her first EP last year and is now coming back to her roots to play live."

Doors open at 7pm, starts at 8pm and it is £5 concession /£6 entry fee, tickets can be booked through the venue or bought on the door.
Here are links to the event and to the venue website: 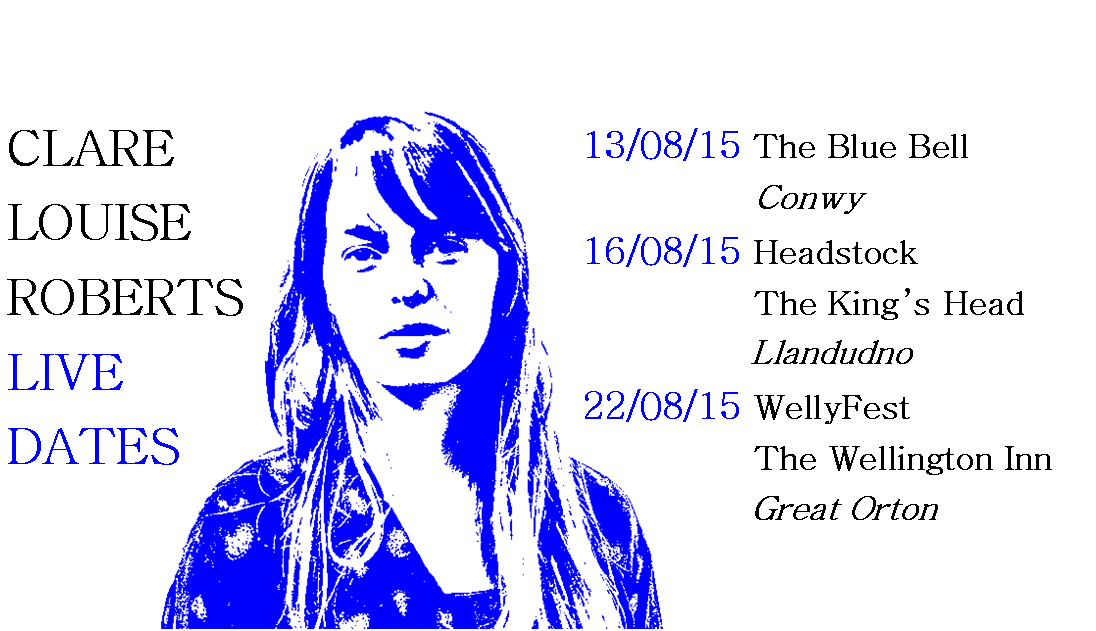 Find out more about Clare on her LinkedIn account!
Copyright 2016 Clare Louise Roberts